Noida: World AIDS Day is celebrated around the world on December 1st each year. It has become one of the most recognized international health days and a key opportunity to raise awareness, commemorate those who have passed on, and celebrate victories, such as increased access to treatment and prevention services.

“UNAIDS took the lead on campaigning for World AIDS Day from its creation until 2004. From 2004 onwards the World AIDS Campaign’s Global Steering Committee began selecting a theme for World AIDS Day in consultation with civil society, organizations and government agencies involved in the AIDS response,” said Dr. Sandeep Marwah Patron to IFUNA- Indian Federation of United Nations Associations at a small function at AAFT- Asian Academy of Film And Television Noida Film City for media persons.

“Themes run for one or two years and are not just specific to World AIDS Day. Campaigning slogans such as ‘Stop AIDS. Keep the Promise’ have been used year-round to hold governments accountable for their HIV and AIDS related commitments,” added Dr. Marwah creating awareness in India by releasing the poster.

Sat Jan 5 , 2019
New Delhi: The only way to rectify any thing in the society is to educate people. This is the key to success. When you can think better you can resolve most of the matters and reduce others responsibility for you,” said Dr. Sandeep Marwah Chancellor AAFT University of Media And […] 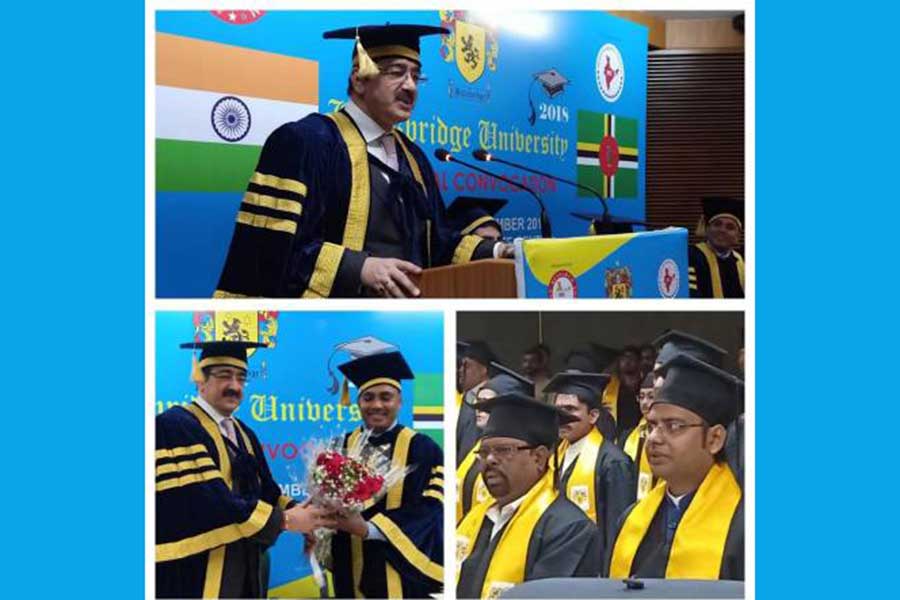