Film production is the job of passionate people, it still needs lots of precautions and planning.â€ said Rahul Mittra while conducting the workshop on the second day at 7th Global Film Festival Noida 2014 at Marwah Studios.

â€œYou need to coordinate so many departments and the most important the finance which also play a very important role in completing the good filmâ€ added Rahul while answering the questions to the media students from the full house.

â€œToday making of the film may be easy but marketing the same film is much more difficultâ€ said Rahul Mittra explaining to film lovers at GFFN.

Exhibition of Paintings by Seeme Murtaza Inaugurated at 7th GFFN 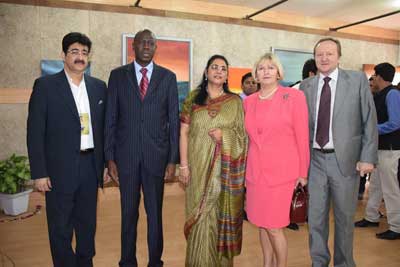