â€œWriting is the key to success. The powerful script is the soul of the film. Audience accepts something out of the box for the next film. Repeat of subject do not attract people to the theatres,â€ said Manish Gupta while introducing the subject to the large media and film students present there from all over India and abroad.

Manish Gupta is an Indian writer and director in Bollywood Manish started his career as a scriptwriter. His first film as a writer was Sarkar starring Amitabh Bachchan Abhishek Bachchan and Katrina Kaif.

Manish soon graduated to film direction and made his debut as director with Darna Zaroori Hain which he directed one story amongst the six stories each directed by a separate director.Manishâ€™s first film as independent director was The Stoneman Murders starring Kay Kay Menon and Arbaaz Khan

His next movie as director was â€œHostelâ€ that explored the psychology of â€˜Raggingâ€™ (Hazing/Initiation). The President of India, Mrs. Pratibha Patil felicitated Manish Gupta at Rashtrapati Bhavan, New Delhi for addressing a national issue through cinema.

Tattoo Festival at Delhi For The First Time

Thu Jan 14 , 2016
New Delhi: â€œWhat an exciting scene when so many people are indulged in tattoo at the same time and rock musical groups playing most popular songs are there for the entertainment at Indira Gandhi Stadiumâ€ said Sandeep Marwah President of Marwah Studio as a special invitee at the festival. Beards, […] 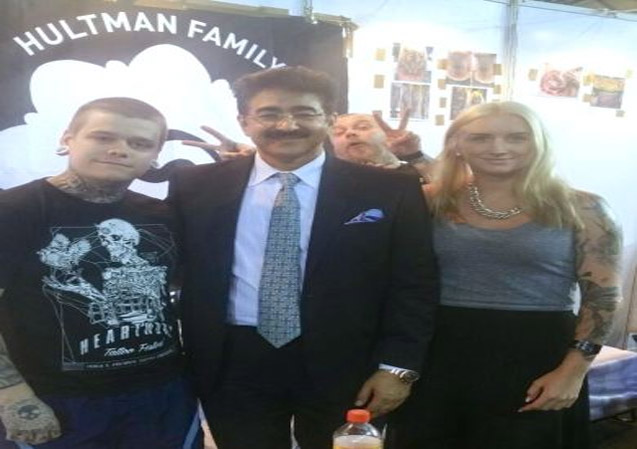