Noida: A special three days workshop has been organized at Marwah Studios in association with Udaaan a social group to promote young talent in India at Noida Film City powered by ICMEI- International Chamber of Media And Entertainment Industry.

More than 90 students from 42 colleges of Delhi NCR participated in the workshop at AAFT where they all were taught the methods of filmmaking.

Sandeep Marwah President of Marwah Studios awarded three best film students with three shot films on the final day of the workshop. All the participants were presented with an opportunity to be part of radio Noida 107.4FM and MSTV.CO.IN television program.

Tue Dec 27 , 2016
Noida: ICFF- International Childrenâ€™s Film Forum has invited delegates to plan and design the programs and agenda for the next year in a close meeting at Marwah Studios at Noida Film City. Film shows, film appreciation, film training, filmmaking and film screening are some of the agenda of the meeting. […] 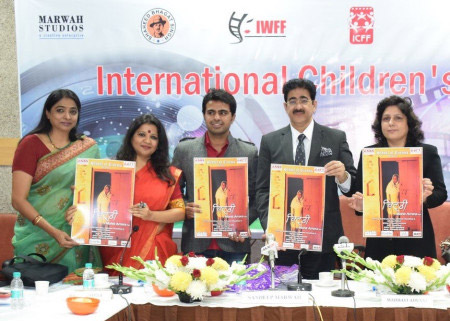