Noida: The three day Global Fashion And Design Week 2018 announced some prominent awards for the officers of the central office of Marwah Studios and Asian Education Group.

The first award went to Haripriya Thakur who has also completed her 8 years in the organization and has risen now to the post of Director Events. She has been associated with the event department and has mastered in designing and execution of national level and international level of events of her own.

The second award was presented to Rajiv Mathur for his sincere and dedicated contribution to the Chamber. He has been associated with International Chamber of Media And Entertainment Industry for the last four years. He has been a part of newly created 30 international forums of different countries from the continents of Asia, Africa, Australia, Europe and America. 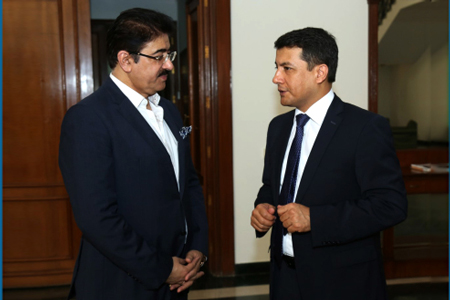