ARSP membership is mostly limited to intellectuals, social activists, and the public-spirited persons having aspirations to promote international co-operation, peace and brotherhood.

During the period of over three decades, the ARSP has emerged as the most powerful non-governmental organization connecting the people of Indian origin settled all over the world.

Fri Jan 8 , 2016
Noida Film City: â€œWe have expanded our limits from film, television and media to other segments of entertainment including events, fashion, music etc. The size of the chamber has grown in no time,â€ said Sandeep Marwah President of ICMEI. â€œWe feel honored in appointing Rajan Madhu, an established name in […] 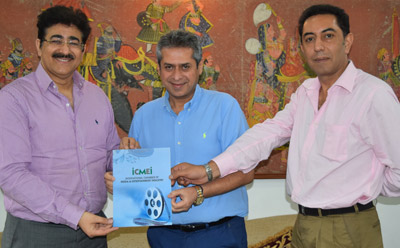