New Delhi: An event like this is not only important but necessary to motivate all those people who all are going out of way to support the society in their respective fields. An award can boost your activities to many times. A word of appreciation can change the World.,” said Dr. Sandeep Marwah Chancellor of AAFT University of Media and Arts and President Marwah Studios at an award function at Constitution Club of India.

“I am thankful to Nitish Chandra for inviting me here and giving me this wonderful opportunity to present award to the prominent people from the society who have done extremely well. The stage was decorated with renowned actor Ameesha Patel, Member Parliament Santosh Kumar from Bihar, Member Parliament & former BJP President Delhi Manoj Tiwari, Lt. Dr. Rita Gangwani, and others.

Dr. Sandeep Marwah founder of Noida Film City, Marwah Studios and AAFT has seven World Records. His contribution to films, television and Cinema cannot be ignored at any times. He is mentor to 20,000 media professionals and been nominated as Cultural Ambassador by more than 60 countries of the World. Recently he has been nominated on the board of Ministry of Education & Ministry of Consumer Affairs, Government of India. We are honored to honor him,” said Nitish Chandra of Naariniti Foundation India and founder of Global India National Awards while presenting the award to Dr. Marwah along with other dignities.

Wed Jun 29 , 2022
New Delhi: The character of the man starts building right from the childhood. What he sees, what he listens adds to making of a man. The letters A to H have taught us enough to be a good human being when A stands for Ambitious, B for Belief & Trust, […] 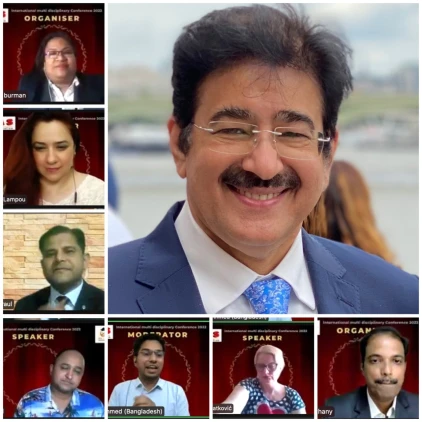