Noida: One of the most popular games of ages -Pitthoo has been brought back to the limelight by a new Board of Control for Game Pitthoo, under the leadership of its president Kamal Dogra.

“Traditional games have always played an important role in the history and mythology of India. Our generation used to play a variety of traditional games during our childhood days. Traditional games were designed in such a way that one can develop a lot of skills like logical thinking; team building strategy, concentration, and basic mathematics, among others. We need to bring them back,” said Sandeep Marwah President of Marwah Studios while accepting the patronship of Board of Control for Game Pitthoo.

Anil Khaitan the immediate past president of PHD Chamber of Commerce is the second patron member of the board of Control of Game Pitthoo.” We are ready to support the game to our best,” said Anil Khaitan.

Soon a national structure will be created to highlight the game in all the 29 states of India and inter state games will be played within the   state teams.

Sandeep Marwah Appreciated by Minister of Government of India

Sat Nov 10 , 2018
New Delhi: A well-known educationist and social worker Sandeep Marwah was appreciated by the Union Minister of State for Social Justice and Empowerment, Government of India for his non stop contribution to nation building. “We have 100 organization involved in social upliftment of every sector of the nation. International Women’s […] 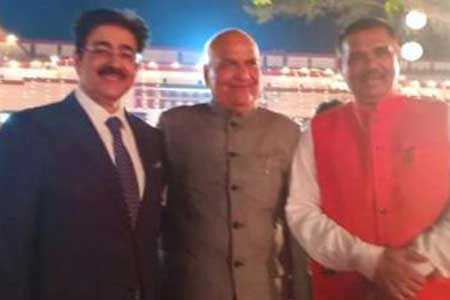