A Global Education Summit 2016 has taken place at Noida Film City to bring about a change in the education system in todays World. All the delegates gave their concrete suggestions to the house.

Daniel Tibebe Nekatibeb Ethiopia said that I have never met a personality like Sandeep Marwah. His achievements are beyond reach. Egle Stebuliene from Lithuania said that Sandeep Marwah should have been in the federal government of India and government must utilize the vast experience he has. Robert Wafula Masinde invited Marwah to Kenya for motivational trip.

Ahmad Khan Bigzadah said that Sandeep Marwah is already popular in Afghanistan and needs no introduction. Salebona Mamba would love to come back to Marwah Studios for film education.

â€œI am so thankful to all of you for extending so much of confidence in me. I am trying my best to unite the World through art and culture,â€ said Sandeep Marwah President of Marwah Studios Chairing the summit and recipient of Global Cultural Minister Award.

Mon Nov 28 , 2016
New Delhi: It was a great celebration of 25th years of Slovenian Independence. Some of the very important people from the field of art and culture, politics and ministries including Member of the assembly from Slovenia were present there. â€œI am thankful to all my friends here who all have […] 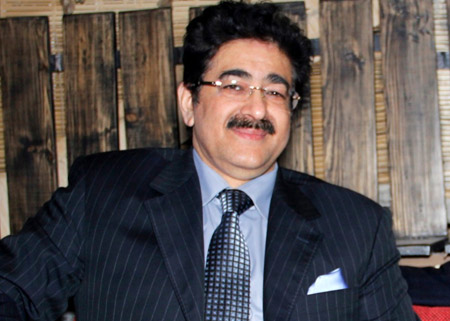