The President of Marwah Studios and Asian Education Group Sandeep Marwah has been invited to join the 11th edition of Jamesonâ€™s Miskolc Film Festival from 12th to 21st September, 2014 in North of Hungary.

Sandeep Marwah shall be conducting a Master Class at the festival and shall be the member of the International jury. This time special focus is on Indian Cinema. He will also be receiving an award for his five World Records.

Sandeep Marwah is known to international cinema in a big way. He has already trained more than 10,000 students from 94 countries of the World.

Tue Jan 5 , 2016
Bangalore: â€œThe objective of the CMSB Awards 2014 is to recognize, celebrate and encourage extra ordinary works by eminent personalities in their respective domainâ€ welcomed Bickey Bangari Chairperson of Council of Media And Satellite Broadcasting on the occasion of Award Ceremony at MLR Convention Centre at Bangalore. â€œThe extra ordinary […] 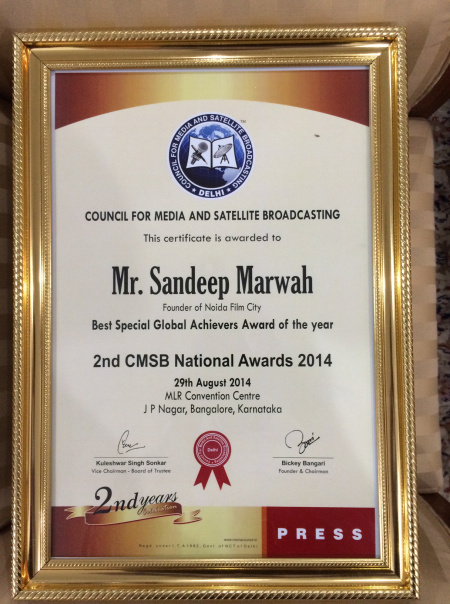