Noida: The five times world record holder in media and entertainment Sandeep Marwah has been nominated as the Chairperson of newly constituted Indo Cyprus Film And Cultural Forum on the first day of 8th Global Film Festival Noida 2015.

Sandeep Marwah who has recently been also bestowed upon a tittle of World Cultural Minister and World Peace Ambassador by the delegates from all over the World, will take the charge of this new organization too.

â€œWe have full confidence in Sandeep Marwah and his team. His experience and deep interest in culture will support this organization and we all will be able to give new energy to the development of relationship between two countriesâ€ said
H.E. Demetrios A. Theophylactou, High Commissioner of Cyprus to India.

The event was attended by some of the renowned people like Mukesh Bhatt, Ketan Mehta, Mugdha Godse, Donal Bisht, Ashok Tyagi and Ketan Desai with International Guests â€“ H.E. Milan Hovorka from the Czech Republic and large film, TV and media professionals and film students.

Thu Jan 14 , 2016
Noida: â€œNever seen so much of depth in the photographs, the portraits of top personalities of the World. This is the quality work and many photography lovers will learn from Henrykâ€ said Ketan Mehta renowned film director inaugurating the exhibition of portraits by Polish Photographer at 8th Global Film Festival […] 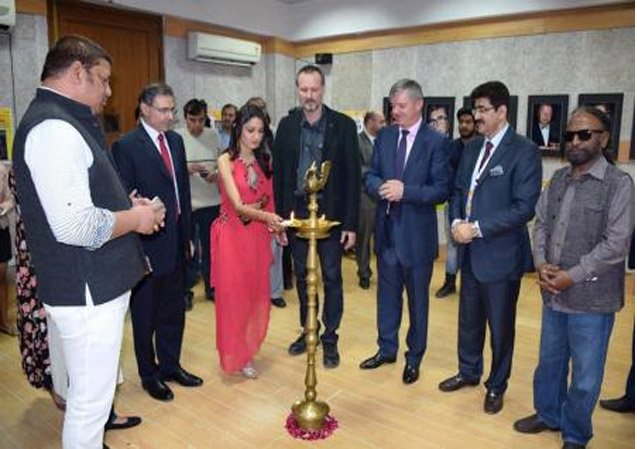