Munich: It was occasion for the parliamentarians to meet and greet the Minister President of Bavaria H.E. Markus Soder and other dignities from the Government of Bavaria. Member Parliament Ms Reseri Sem invited Sandeep Marwah as a special guest from India to the get together.

“ We are very happy to receive you from India. Bavaria welcomes you here. We, the government of Bavaria will provide you every support you are looking for any collaborations, affiliations for the better relation between India and Bavaria,” said H.E. Markus Soder Minister President of Bavaria.

“We will be launching Indo German Film And Cultural Forum under ICMEI- International Chamber of Media and Entertainment Industry and would like his Excellency Markus Soder to be the Chief Patron of the same,” informed Sandeep Marwah.

Tue Jul 3 , 2018
New York: The visit of President of Marwah Studios Sandeep Marwah to New York brought many valid points related to Art & Culture, Tourism, Fashion and Education, on the table. “We have realized that at AAFT, Marwah Studios and ICMEI, We are on the right track of uniting the World […] 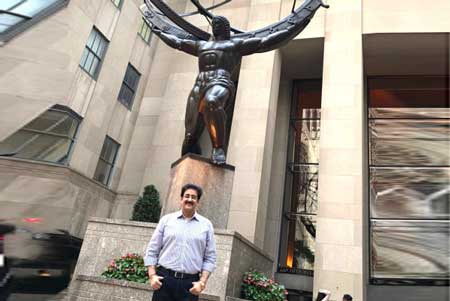