New Delhi: The President of Asian Education Group Sandeep Marwah seek the audience of   the former President of Republic of India Shri Pranab Mukherjee to invite him to the new campus of Asian Business School at Noida.

“We have completed 25 years in Education and created five World Records in media. Asian Education Group is a family of fifteen thousand people. We are keen in inviting Shri Pranab Mukherjee to come and bless us,” said Sandeep Marwah an international media personality.

Asian Education Group is the promoters of Noida Film City, Marwah Studios and   Asian Academy of Film And Television which is one of the Ten best film Schools of the World.

Asian Business School has emerged as one of the finest institution in management and business studies with world-class infrastructure at its command. The members of the governing council of Asian Education Group are the most renowned people of the country.

Next Summit of Association For Asian Union on Tourism

Mon Aug 27 , 2018
New Delhi: The members of Association For Asian Union & Asia Pacific Cooperation met at India International Centre to give their consent to the forth coming International program and summit on tourism. “We have created some interesting and powerful committees which can bring unity and closeness between the Asian countries […] 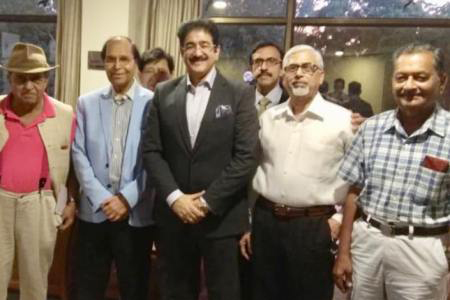