â€œIt will be great of you to accept invitation to be the chief guest of Indian Film Festival at India. Your Presence will enhance the relations between India and Hungary for all time to comeâ€ said Sandeep Marwah President of Marwah Studios requesting Andrew G Vajna during their official meeting at Budapest.

Andrew G Vajna is one of the biggest Hungarian name in Hollywood cinema. He is famous for Feature films like Mountains of the Moon, Medicine Man, Basic Instinct, Tombstone, Color of Night, Renaissance Man, Nixon, The Scarlet Letter, Die Hard with a Vengeance, Evita, Amanda, Shadow Conspiracy, An Alan Smithee Film: Burn Hollywood Burn, The 13th Warrior, A Holocaust szemei, An American Rhapsody, I Spy, Terminator 3: Rise of the Machine, Children of Glory, Freedomâ€™s Fury, Basic Instinct 2 and Terminator: The Sarah Connor Chronicles.

â€œI am keen that Indian producers should come forward to shoot in Hungary. We can provide them all the facilities they are looking for including subsidy from the Hungarian Government,â€ said Andrew G Vajna who is also the film commissioner of Hungary. The meeting was organized by the Embassy of India in Budapest under the guidance of H.E. Malay Mishra Indian Ambassador to Hungary.

American Pop Singer Linday Kirlay on the Board of AAFT

Tue Jan 5 , 2016
Austria: Renowned American pop singer Linday Kirlay with large collection of musical numbers to her credit now on the board of Asian Academy of Film And Television confirmed Sandeep Marwah President of Marwah Studios during his meeting with Linday at Austria. Hungarian vocalist Linda KirÃ¡ly is a well-known performer with […] 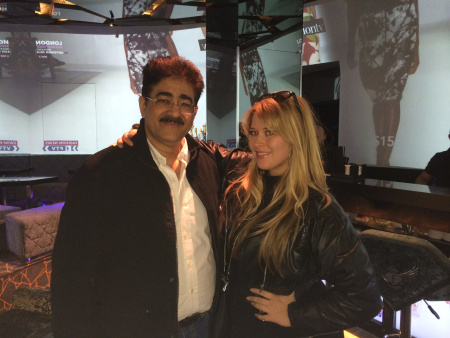