Gurugram: “The new education policy has brought a tremendous change in the whole education system. This policy is a new fragrance in the education system. The days for chalk and talk are over, we need to bring in enthusiasm and entertainment into education to make classes more vibrant and attractive,” said Dr. Sandeep Marwah Chancellor AAFT University of Media and Arts while inaugurating the National Education Summit at Hotel Radisson Gurugram organized by Farheen Khan of Educacio World.

Talking about the pattern of education, Dr. Marwah emphasized also on the overall development of child in Schools and Colleges. He informed that AAFT is the case study in 27 countries of the World including institutions like UCLA. He also talked about the starting of Scouts and Guides programs in schools and colleges to bring feeling of patriotism.

Wed Jun 29 , 2022
New Delhi: An event like this is not only important but necessary to motivate all those people who all are going out of way to support the society in their respective fields. An award can boost your activities to many times. A word of appreciation can change the World.,” said […] 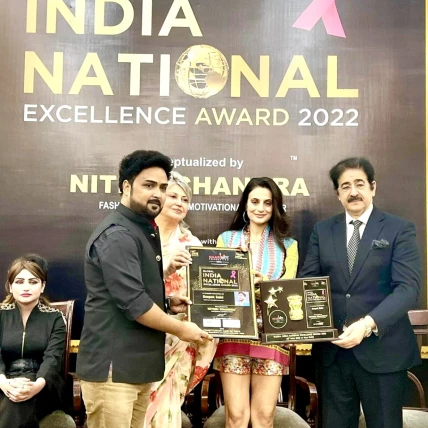