New Delhi 28th August: â€œWe may belong to different cast, creed, religion, states and we may have different languages, living style, food habits but do not forget my friends we all belong to one nation- India. Lets plan for more love, Peace And Unity,â€ said Sandeep Marwah President of Marwah Studio.

â€œSandeep Marwah the five times World record holder in media has been the youngest District Commandant in para military force of Delhi Home Guards. He has spent eight long years in uniform. His contribution towards forces is commendable.

Eight large Parades Marwah has commanded, has been instructor to 4000 young home guards and is the recipient of many awards in forcesâ€ Kiran Kamra President of cultural society announced Josh E Junoon Award at an event to mark respect to forces and connecting civilians with forces at Air Force Auditorium.

â€œI am touched by the gesture extended today on me by honoring me for my services towards nation in uniform. Not many people have noticed my involvement with people in forces. I wish I could continue in uniform but now I am serving my nation through media and entertainment industryâ€ thanked Marwah.

Entertainment Tax Must Be Reduced to Promote Business In India

Mon Jan 11 , 2016
New Delhi 28th August: â€œIndia is the largest film producing country in the World. We make around 2000 films in a year. The turnover of the film industry is going to touch 12000 crore. The industry is surviving because the passionate people, they are deriving it to its best.â€ said […] 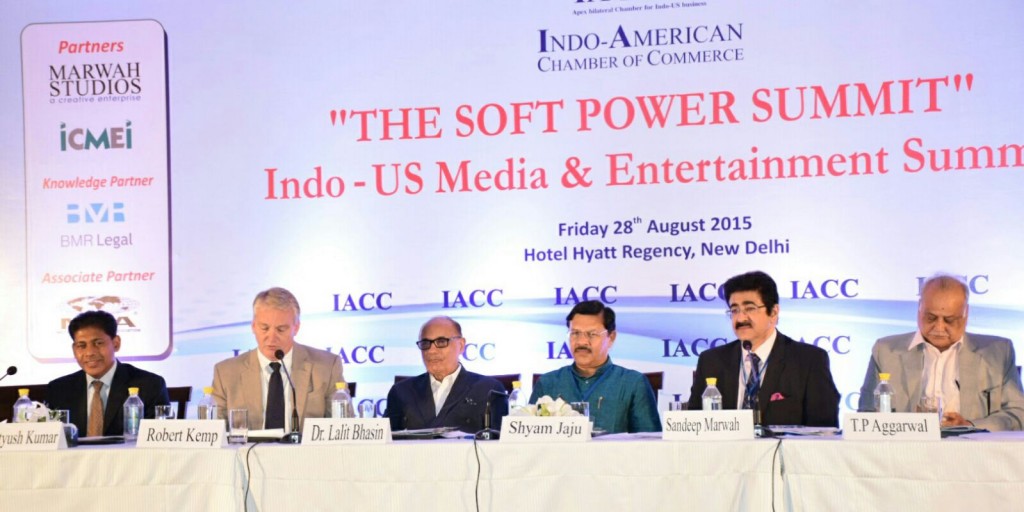