The award was presented to Sandeep Marwah by Satpal Ji Maharaj the tourism Minister of Uttrakhand who appreciated the works of Sandeep Marwah and his dedicated efforts to create a huge infrastructure of films, television and media for the people of this country

Sandeep Marwah is six times World Record holder, is the founder of Noida Film City which is the fastest growing film city in the World, Marwah Studios a well known name in the industry, AAFT the first ten best film schools in the World.

Sandeep Marwah is chairing approximately 100 film, television and media organizations and has trained more than 15000 students from 120 countries of the World. He is the producer of largest number of short films and President of International Chamber of Media And Entertainment Industry.

Sandeep Marwah has been the first person from the whole film, television and media industry to be nominated by the Government as the Chancellor of the university.

Thu Oct 4 , 2018
Gurugram: “People who have hundred excuses to complete the work is the downtrodden of the community, the ones who leave the work in between are second grade people and those who ready to face all sorts of hindrances and obstacles and complete their job are the first class people. They […] 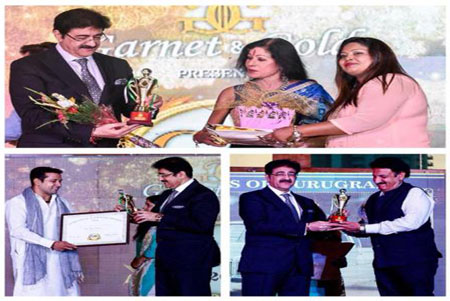