New Delhi: Sandeep Marwah needs no introduction today. He is one of the most popular Indian names abroad. His interaction with 164 countries of the World has brought him a title of Global Cultural Minister.

Founder of Noida Film City, Asian Academy of Film And Television, Marwah Studios and 100 more film, television and media organizations he has been chairing to develop and promote Indian cinema, art and culture.

The organization is feeling proud to present Cinema Award to this great international personality. His acceptance has raised the level of our awards said Lokesh Verma.

â€œI am thankful to the organization for the award and putting me to such a high stature,â€ thanked Sandeep Marwah accepting the award.

Wed Jun 21 , 2017
Noida: AAFT- Asian Academy of Film And Television has been the first private film school of the country, it has just celebrated its completion of 24 years of existence. 95th Short term batch has recently begin has proved to the world its quality and untiring support to the Indian film […] 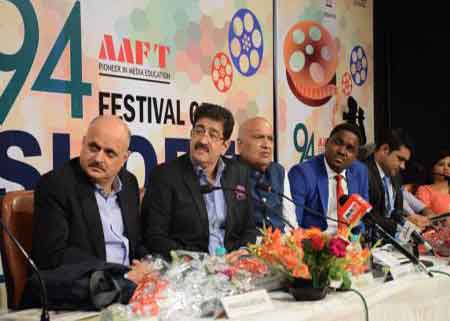