New Delhi: The 7th BCS Ratna Award was bestowed upon Sandeep Marwah the President of Marwah Studio for his untiring contribution to the industry and now being the founder of International Chamber of Media And Entertainment Industry.

â€œIt is a unique and the first time idea of Sandeep Marwah who has been the founder of Noida Film City and the first private Film and Television Academy of the country alsoâ€ said Dr. A.K.Rastogi President of the 7th BCS Ratna Awards organized by Aavishkar Media Group.

â€œI am thankful to the industry for recognizing my workâ€ thanked Marwah from the fascinating stage designed for the program at Kingdom of Dreams at Gurgoan. 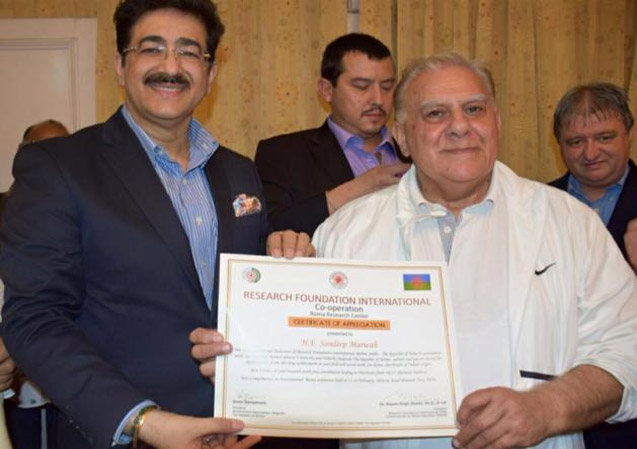