Sandeep Marwah President of Marwah Studios has been honored with an award â€œYAAD NA JAYEEâ€ for his being a pillar to all those new comers who are looking for an opportunity in fine arts especially in music. Radio Noida and marwahstudios.tv are just the tip of the iceberg.

â€œI am obelized to Râ€“Vision and Ravindra Singh for honoring me. It has added more responsibility on my shoulders. We have launched International Chamber of Media And Entertainment to promote everything and anything in entertainment industryâ€ thanked Sandeep Marwah.

Fri Jan 8 , 2016
The first of its kind in the World, 3rd edition of global Festival of Journalism Noida 2015 has been fixed for three days from 12th to 14th February 2015 informed Sandeep Marwah President of the Festival. International Journalism Centre, a body of journalists, is going to present the festival keeping […] 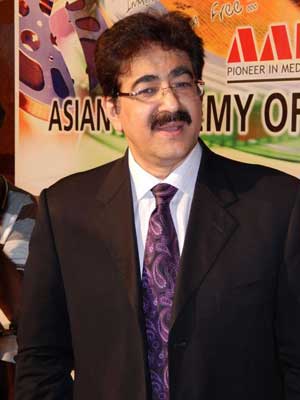