Istanbul: A team of Turkish film and television personalities from Turkish Television visited at Marwah Studios under the leadership of Bilal Acikgoz President Indialogue Foundation at Noida Film City.

The team admired the work, which has been displayed at Noida Film City, and they also honored Sandeep Marwah for his untiring efforts in bringing Noida Film City on the World Map of Cinema.

â€œWe invite you to Istanbul to be our guest so that we can reciprocate the hospitality and loving gestures you have extended to usâ€ said the head of the delegation from Turkey accompanied with Mustafa Kartal, Manager, Ali Zengin, Scriptwriter and Abduvakhid Azizov, Project Coordinator

Fri Jan 8 , 2016
Delhi: Honorable Prime Minister of India Narendra Modi said on Thursday that India had made the transformation from a country worried about its â€˜brain-drainâ€™, to a country that now thinks of â€˜brain-gainâ€™. Inaugurating the first Global Exhibition on Services in New Delhi today, the PM added that India should assess […] 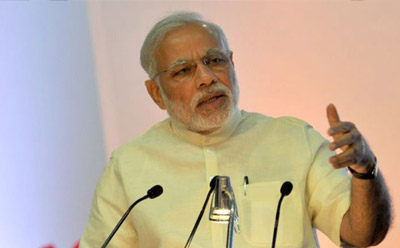