New Delhi: â€œWe have invited some of the best people who are cultural ambassadors in themselves on the board of Shoobh cultural organization to take the promotion of Indian culture to the next levelâ€ said Bharat Gauba President of the society declaring results for the national art competition at New Delhi.

Sandeep Marwah has been nominated as the Global Cultural Ambassador and Global Cultural Minister recently. He has been in art promotion for last thirty years. Be it a dance, drama, music, fashion, films, television, painting, sculpture or any art form through his Asian Academy of Arts he has spread the word to more than 100 countries of the World added Bharat Gauba.

Shoobh art and Cultural promotional society is honored in presenting this award as a gesture of goodwill to Marwah who has done commendable job for children too, said Shovana Narain a Kathak exponent. The award was handed over in the presence of large audience at the function.

Mon Mar 28 , 2016
Noida: 40 finalist of Mrs India Contest- Queen of Substance selected from all over India were here at Marwah Studio for final grooming and understanding the subject of media and presentation. â€œIt is matter of pride that the best pageant is now associated with AAFT School of Fashion And Design […] 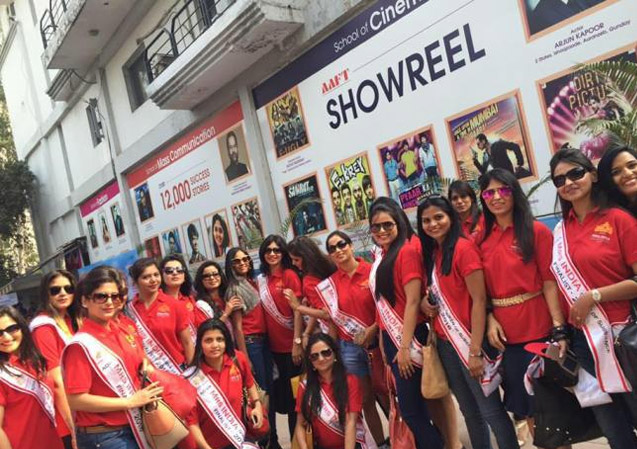