Noida: The renowned film, television and media personality and five times World Record holder Sandeep Marwah President of Marwah Studios has been honored and nominated as the Chairperson of Indo Venezuela Film Association by H.E. Augusto Montiel Ambassador of Venezuela to India.

â€œIt is important to bring the relationship between two countries close to each other and films, art and culture is the best way to start withâ€ said H.E. Augusto Montiel Ambassador of Venezuela to India.

â€œWe are proud of our choice of Sandeep Marwah. He is a well experienced media professional and he understands cultural diplomacy,â€ added Ambassador.

A special event took place at Noida Film City in the presence of large number of film, television and media professional from different parts of the country.

â€œI am honored and now committed to the Bolivarian Republic of Venezuela. My energy will be used to built up p

Tue May 24 , 2016
Noida: â€œThe enthusiasm, support and encouragement given by H.E. Augusto Montiel Ambassador of Venezuela to India has motivated International Chamber of Media And Entertainment Industry to launch Indo Venezuela Film Association,â€ said Sandeep Marwah President of ICMEI. â€œWe are now powerful as H.E. Augusto Montiel has accepted to be the […] 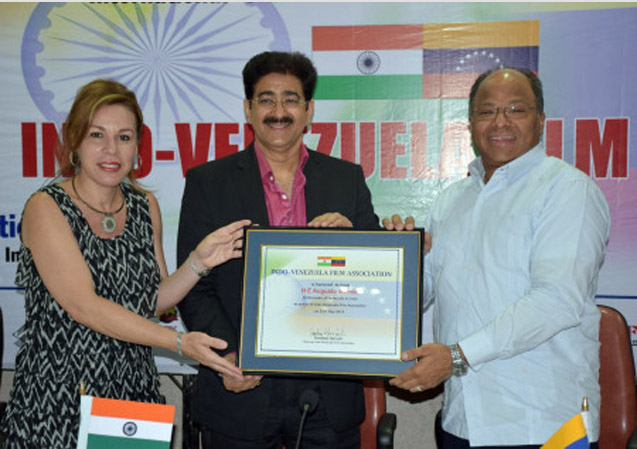