New Delhi: â€œWe are proud to have with us the recently nominated Global Cultural Minister of International Chamber of Media And Entertainment Industry Sandeep Marwah who has five World Record to his credit. Founder of Noida film city, Marwah is also the founder of Asian Academy of Film And Televisionâ€, citation read by Someshwar Sharma President of Sparsh cultural group.

The award was presented to Sandeep Marwah in a jam-packed house at Sai International Auditorium at New Delhi. Later Sandeep Marwah presented awards to few known and upcoming artist from the field from music, dance and event management.

â€œThe Indian Cinema is the most popular cinema in the World. Music and songs from Hindi film industry has impressed people from all over the Worldâ€ Marwah also shared his experiences of his visits to different countries of the World.

Fri Jan 15 , 2016
New Delhi: All India Council For Human Rights Liberties And Social Justice, New Delhi honored Sandeep Marwah for his deep involvement with the social activities, human upliftment and bringing the whole World together through arts and culture. Sandeep Marwah who has been recently honored with the tittle as â€˜Global Cultural […] 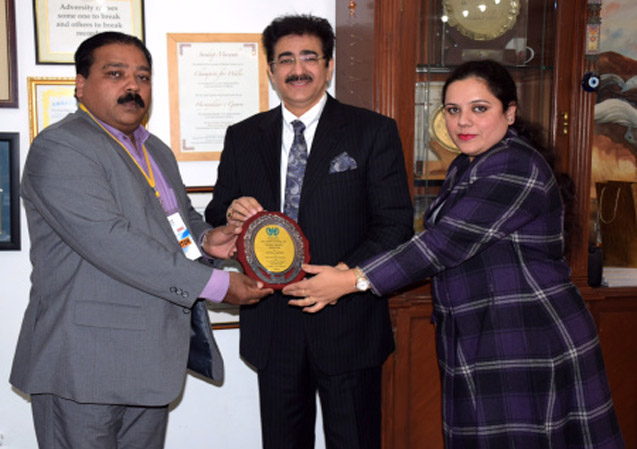