New Delhi: Sandeep Marwah is the World Record Holder in sports- His involvement with 10th Commonwealth Games Delhi was tremendous. Not only he has provided media assistance to foreign journalists during that time he has created a wonderful record for himself too.

The award was handed over to Sandeep Marwah by the sports legend Padma Shri and Arjun Awardee Mahabali Satpal Ji wrestler Gold Medalist in a grand function at Constitution Club, New Delhi in the august audience of journalists from all over India.

Sandeep Marwah on The Advisory Board of ISDC

Tue Jan 24 , 2017
New Delhi: Renowned International media personality Sandeep Marwah has been nominated as the Chairperson of the advisory board of ISDC- Indian Skills Development Council affiliated to Ministry of Skill Development, Government of India. Sandeep Marwah is five times World Record Holder and has been recently declared as the Global Cultural […] 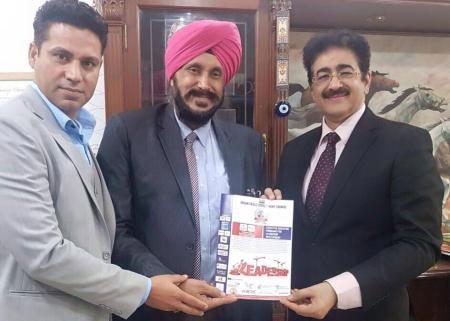