Noida Film City: â€œA man with the vision, willingness to do something for the world peace and unity, capacity to work and with great leadership qualities Sandeep Marwah is now the chairperson for newly constituted Indo Afghanistan Cultural Forumâ€ said renowned music exponent Ustad Eltaaf Hussain Sar A Hang presenting memento to Sandeep Marwah on behalf of the cultural fraternity of Afghanistan.

Sandeep Marwah has been in films, television and media business from last thirty years. He is the first Indian to establish film city in North India and first professional film studio of North India. He is the first Indian to institute first private film school in the country. Now he is five times World Record Holder and recipient of more than 300 awards from all over the World.

Lalit Pandit on The Board of ASMS School of Performing Arts

Tue Aug 16 , 2016
Noida: The renowned music director Lalit Pandit inaugurated the new batch of School of Performing Arts at Asian School of Media Studies, at Noida Film City â€œIt is great pleasure to inaugurate the new session here. It is rare that a film school promoting a music school. There is no […] 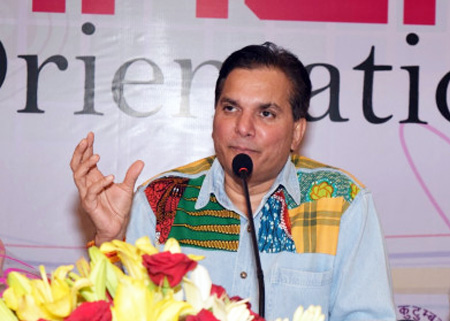