New Delhi: â€œFive times World record holder Sandeep Marwah is one of the most popular international media personality of the country. His reach to 108 countries of the World made him the World Peace Ambassador through art and culture. All India Achievers Conference conferred on him the most prestigious Achievers award â€ said Abhishek Bachchan President of AIAC.

â€œWe have to feel proud of all those Indians who all have brought the name of the country to the highest level. Sandeep Marwahâ€™s contribution is extraordinary in the field of film, television and mediaâ€ blessed Vijay Kumar Goel.

â€œMy job was difficult to cultivate a film culture in North of India. Starting a film city, a film studio and a film school were another challenges in series. I am happy I could make a happy family of 20,000 film makers in all these yearsâ€ said Sandeep Marwah President of Marwah Studio.

Wed Jan 13 , 2016
New Delhi: A group show of paintings and sculptures titled -Walk In Light of 40 Masters and new painters was held at Artizen Art Gallery at Pyarelal Bhawan New Delhi. The show was inaugurated by renowned media personality Sandeep Marwah. â€œWalk In Light is an art exhibition and workshops is […] 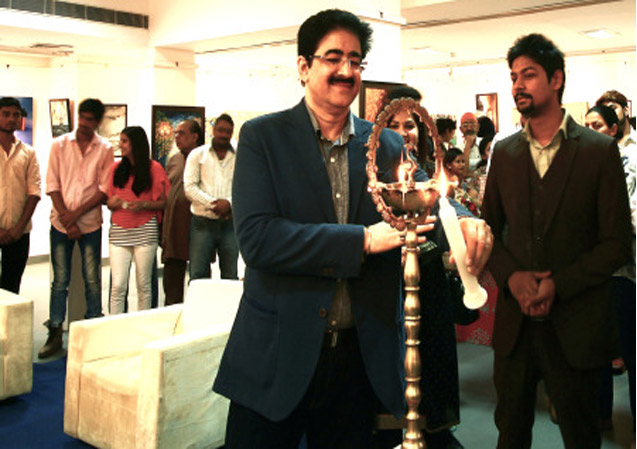