Noida: The renowned international media personality Sandeep Marwah President of Marwah Studios honored and titled as “The Father of Cellphone Cinema” by the 44 delegates from 24 Countries of World during Global Cellphone Cinema Summit at Noida Film City.

It was long ago when my friend, Prof. Karl Bardosh from New York and myself shot a film on mobile. it was shot half in Noida and half in New York. Then we also planned a first ever festival of films shot by mobile phone, then no looking back,” said Sandeep Marwah talking to the house full auditorium foreign delegates and film makers from all over India.

Mon Jan 29 , 2018
New Delhi: “I extend my heartiest congratulations to all the citizens of Republic of India on this auspicious day of 26th January. My best wishes to each and every one for a bright and a strong future,” said Sandeep Marwah President of Marwah Studios in a function addressing media persons. […] 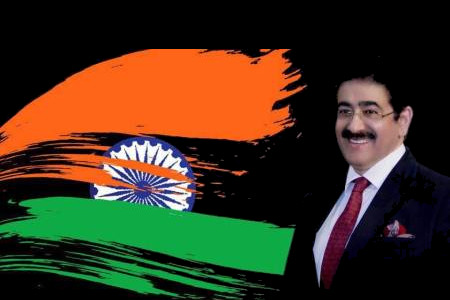