India and Serbia are close friends and through art and culture we can bring the people of both the countries close to each other much fasterâ€ said H.E. Vladimir Maric Ambassador of Serbia in India offering Serbian locations and facilities to Indian filmmakers through ICMEI.

Sandeep Marwah Chairperson of International Chamber of Media And Entertainment Industry who is also on the board of Film Federation of India offered a wide platform to the Ambassador for highlighting Serbia entertainment industry in India.

Wed Jan 6 , 2016
â€œAmitabh Bachchan is a legendary figure. His following is tremendous. His work has been appreciated by one and all. He has a grand presentation on big screen and people love him for his actingâ€ said Sandeep Marwah President of Marwah Studios releasing a poetry book on Amitabh Bachchan written by […] 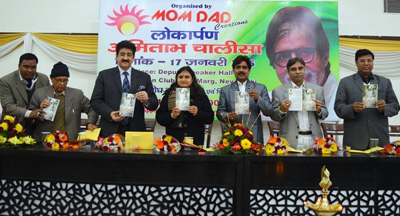