New Delhi:  A high profiled meeting of Scouts Guides Organization took place today under the Chairmanship of Chief Scout For India Dr. Sandeep Marwah to discuss the permanent changes and development in the organizational structure to make it a very vibrant and popular establishment.

Some major decisions were taken in the meeting which also included the formation of a new energetic advisory board at national level comprising of five members who can be former Governors, Generals from Army, former Union Ministers, Chancellors who can actually devote some time in the upliftment of this uniformed organization.

“The concrete suggestions from these experienced persons can bring new energy to the force and can also help us in raising the reach of this institution of scouts and guides to larger part of the country,” said Dr. Sandeep Marwah Chief Scout For India.

National Commissioner Dr. Raj K.P.Sinha briefed the house about the formation of first executive body, which has already been decided and will remain the same.

“ It was quite clear that all the Present Governors and Lt. Governors of the state and union territories, .as per constitution, are head of Scouts and Guide Organization in the state and a letter of invitation and confirmation must be sent to them immediately,” added Dr. Marwah CSI

“Though we have already sent the invitation to all the Governors to accept the designation, a reminder will be sent immediately to peruse the matter,” confirmed Dr. Raj K.P.Sinha National Commissioner of Scouts Guides Organization.

Mon Jul 13 , 2020
New Delhi: “I on behalf of ICMEI and Media & Entertainment Industry of India extend my heartiest congratulations to H.E. Ms Coromoto Goday Calderon Ambassador of Venezuela to India on the occasion of National Day which falls on 5th July. India and Venezuela share a beautiful relation and I wish this relation to […] 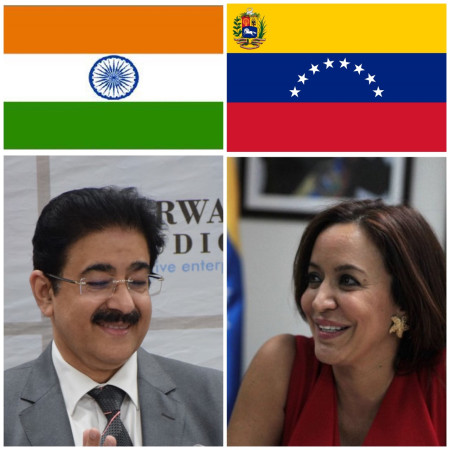