New Delhi: A large get together was organize in honor of visiting President of the National Assembly of Republic of Slovenia H.E. Dr. Milan Brglez at the Embassy where Sandeep Marwah President of Marwah Studio was honored for his untiring contribution to the World of media and entertainment industry.

â€œWe are proud to be associated with World Cultural Ambassador & five World Record holder in media Sandeep Marwah. Government of Slovenia is happy to nominate Marwah as the Chairperson of Indo Slovenia Film And Cultural Forum,â€ said H.E. Jozef Drofenic Ambassador of Slovenia to India in this grand function.

I am charged with new energy to take up the new responsibility of the country of Republic of Slovenia. We will work on different ways to develop and promote our relations with Sloveniaâ€ said Sandeep Marwah. 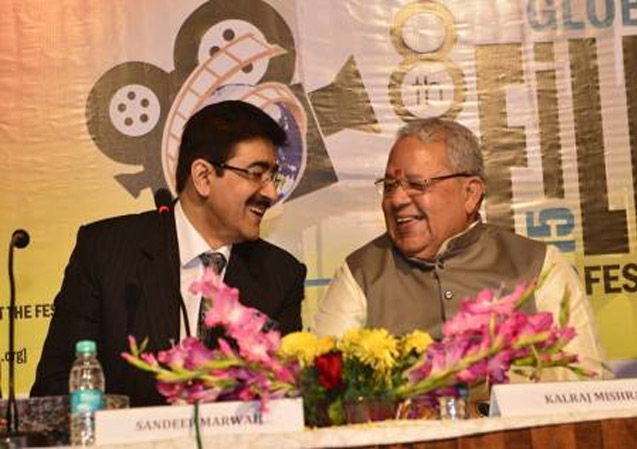