Agra 2nd January, 2015: â€œTaj Mahal is the Pride of India. AAFT has included making of film on Taj as a part of the syllabus for upcoming filmmakers at Marwah Studiosâ€ said Sandeep Marwah president of Marwah Studios & five times international record holder in media is here to finalize the details of the films. â€œTaj will also be the part of 3rd Global Festival of Journalism 2015 from 12th to 14th Februaryâ€ informed Marwah.

Asian Academy of Film And Television one of the first ten best film schools of the World has taken the responsibility of preserving popularity of Taj and bring more glory to one of the Wonders of the World.

â€œIt is for the first time in the World any film school has converted any wonder of the World as its syllabus of the education system, we have done it because we believe that there is no structure which can be compared to Taj Mahalâ€ added Marwah.

Christmas A Day to Enjoy and Love Others- Sandeep Marwah

Wed Jan 6 , 2016
The fun of celebrating Christmas is bigger when you spend time with your family and children. The pleasure of seeing your children growing from kinder garden to prep is like heavenâ€ said Sandeep Marwah President of Marwah Studio at a child center at Greater Kailash Part Two as a special […] 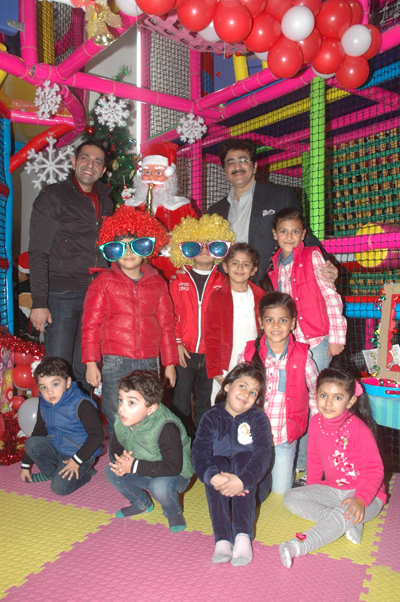