New Delhi: A Hungarian musical recital was organized at Hungarian Embassy on the visit of visiting Minister from Hungary to develop and promote Indo Hungarian Relations.

“What a pleasure to be part this beautiful evening when the who’s who of art lovers from New Delhi have gathered together to appreciate the Hungarian Music,” said Sandeep Marwah President of Marwah Studios and Chair   Indo Hungarian Film Association.

“We have shifted our cultural setup to the Embassy from Janpath Cultural Centre till we make new building within the embassy. Ancient Hungarian music is the pleasing exercise,” said H.E. Gyula Petho Ambassador of Hungary to India.

“It is an important program one because a senior musician from Hungary is here to perform and second I am meeting all the popular and creative people of India under one roof,” said H.E. Istvan Ligyarto Minister for State for Culture And Science Diplomacy, Ministry of Foreign Affairs, Governtment of Hungary.

Dr. Zoltan Wilheim Director of Hungarian Information and Cultural Centre introduced the senior artists and later paid vote of thanks for being part of the same.

Haydn Barytontrio Budapest concert plays the music from the court of Hungarian Prince Esterházy. The Haydn Barytontrio Budapest was founded by Balázs KAKUK in 1980 with the intention to revive Joseph Haydn’s almost 200 compositions for baryton – a stringed musical instrument similar to a bass viol – with additional sympathetic strings – used mainly in 18th century Germany, Austria.and Hungary.

Sat Mar 24 , 2018
Noida: GSSDFDI- Global Summit on Skill Development in Fashion And Design Industry took place at Noida Film City at Marwah Studios when delegates from 24 countries of the World participated. Ministry of External Affairs & Ministry of Skill Development and Entrepreneurship Government of India supported the summit. The delegates nominated […] 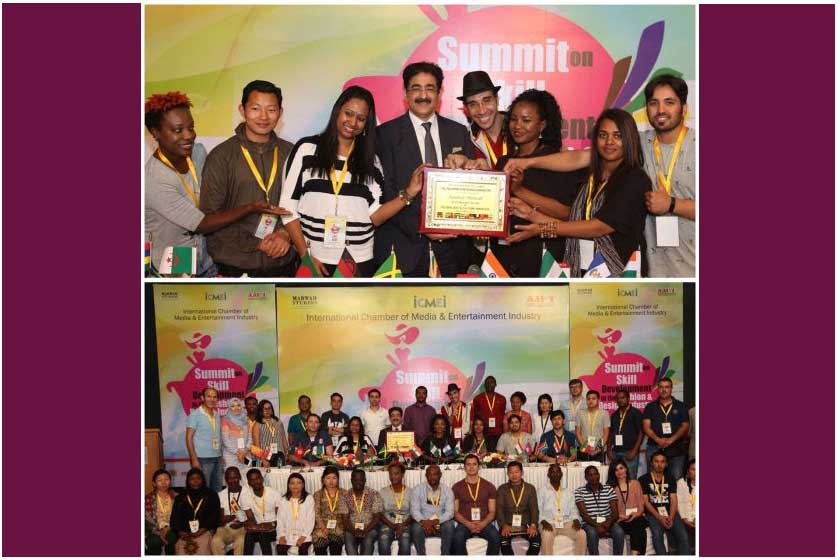