Noida: Dr. Sandeep Marwah is not only an educationist who has done commendable work in films, television and media but now has reached to the highest point of education as Chancellor of the AAFT University said G.L. Agarwal C.A. leader of the group and President of Social Action Foundation present at the office of Dr. Marwah to honor him for his social activities.

Dr. Marwah has recently been nominated as The Chief Scout For India now the second post in Scouts after President of India. Sandeep Marwah has been associated with more than 650 association and organizations dealing in uplifting of society in different fields.

A well known politician Netha Srinivas from Hyderabad also part of the delegation said, I am amazed to see the quantum and quality of work Dr. Sandeep Marwah has conducted in all these years other than founder of Noida Film City, Marwah Studios and Asian Academy of Film And Television,”

Tue Aug 27 , 2019
New Delhi: “Painting is self-discovery. Every good artist paints what he is; the world always seems brighter when you’ve just made something that wasn’t there before. Art enables us to find ourselves and lose ourselves at the same time. Where the spirit does not work with the hand, there is […] 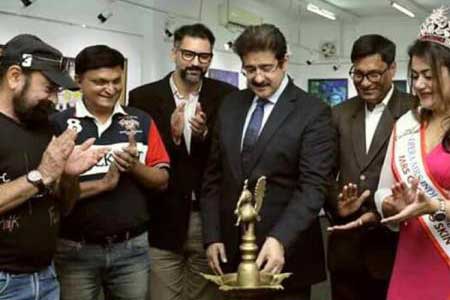