London: On the completion of 25 years of Marwah Studios, the President Sandeep Marwah has announced the launching of 162 international short films with directors of 162 countries of the World. First time in the history of entertainment industry some thing like that has been declared.

Sandeep Marwah is the producer of largest number of short films in the World. He has already given an opportunity to around 2300 young film directors and around 9000 artists and technicians from different parts of the Globe.

â€œI am passionate about producing short films. Not only that I love to give opportunity to young filmmakers who are looking for an entry into film industry, I feel It is the most crucial time of the film maker when he wants to do something but not many people come forward to help themâ€ said Sandeep Marwah five times World Record Holder in Media at a press meet at Hotel Mayfair at London.

â€œBeing the President of International Chamber of Media And Entertainment Industry I feel obliged to announce this facility from London office itself,â€ added Marwah.

â€œI will also be fulfilling my responsibility towards National Tourism And Transport Cooperatives of India Limited by providing all shooting facilities on the Indian soil and adding on to film tourismâ€ Marwah said as Managing Director of NFTC.

Marwah Films And Video Production will sponsor these films and will provide all modalities of pre-production, production and postproduction of films.

Sat Jan 9 , 2016
London: â€œLondon is a popular centre for tourism, one of its prime industries, employing the equivalent of 350,000 full-time workers in 2003, while annual expenditure by tourists is around Â£15 billionâ€ informed Sandeep Marwah Managing Director of National Federation of Tourism And Transport Cooperatives of India Limited in a press […] 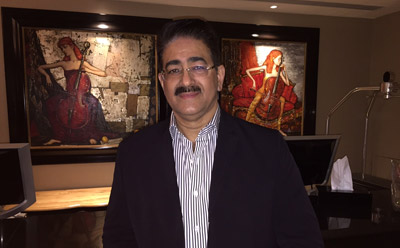