Noida: First time in India any individual has been taken so seriously as a part of education and training program organized by the Ministry of Skill Development And Entrepreneurship, Government of India for the delegates of 27 countries of the World.

Sandeep Marwah who has been earlier titled as Global Cultural Minister, Global Peace Ambassador, Global Green Ambassador, Man of Asia, Icon of The Decade, Global Media Guru, Global, World Spiritual Leader and is recipient of more than 500 hundred awards from all over the World for his untiring contribution to films, television, media, art and culture.

He has been also nominated deputy to Chair for Indo Nigerian relations next to the President of Nigeria H.E. Goodluck Jonathan. He was asked to Chair Indo Polish relations by H. E. Rafal Jurkowlaniec the Honâ€™ able Marshall of Lower Silesia, Poland and many international positions by different Governments of the World.

It is hard to believe than a single man is chairing 100 social, cultural, film, TV, Media organization including International Film And Television Club, International Chamber of Media And Entertainment Industry, Asian Education Group and public organizations like NFTC & ISDC. He has been associated with 3200 events to highlight the art and culture of India and more than 30 countries of the World for which he has been nominated as cultural Ambassador.

Marwah is the only person in the World to create five World Records in Media. All the records are well written, defined and full of creativity and social issues. He is the founder of Film City Noida, producer of 2300 short films, teacher to 12000 media students from 120 countries of the World. His works & support has reached & covered 154 countries so far.

He has been associated with 4500 television programs, 150 feature films, 5000Training films and started a term called film tourism 25 years back. He has attracted more than 2.5 million people through films and television to Noida film city. His immense contribution to the World Calendar is 2nd April as Asian Unity Day, 12th February as International Day of Journalism, 21st June as World Yoga Day now well recognized.

The 64 delegates from 27 countries advised Sandeep Marwah for the nomination of Noble Prize and presented Marwah with the memento & certificate signed by them declaring Global Management Guru.

Mon Apr 10 , 2017
Noida: The board of directors of Global Fashion Week Noida nominated renowned international personality Sandeep Marwah as the first President of the show to be held from 13th to 15th April, 2017. â€œMarwah is the most capable and experienced person in organizing international events, we must take advantage of his […] 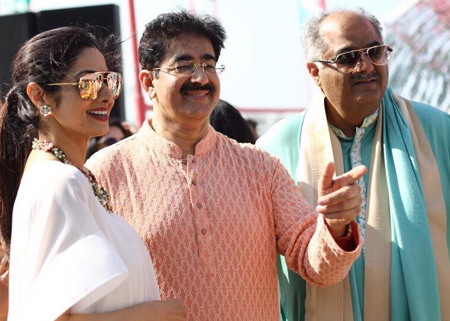