Noida: “Safety saves sickness, suffering and sadness. Every accident is a notice that something is wrong with men, methods or material. We must investigate and then act. Do not think because an accident has not happened to you that it cannot happen. Prepare and prevent, do not repair and repent. The pandemic has brought some new norms to our living habits, we have to include them now in our system,” said Dr. Sandeep Marwah President of Marwah Studios in a webinar to discuss security and safety of Film personal during 13th Global Film Festival Noida 2020.

“The most interesting thing in the industry is there is no fixed rate, there is no rate list and with every film you have to depend for your own remuneration. How difficult it is, no security of what you are going to get after so many years and even after so many films,” said Panchi Jalonvi renowned writer.

Amreeta Roy renowned film maker expressed in details the prevailing conditions of the industry and the ruthlessness of managers, cleanliness problems, unorganised way of shootings, decisions in haphazard manner etc. which still exist. Shelter is another very big problem here she added.

“Industry status has not been utilised fully. Right from transport to shooting locations, refreshment brakes, timings for the people, timely payments ample has been done but a lot to be done. Covid 19 has done some wonders to the system.  We have to institutionalize the system to convince government to support the industry,” said Mukesh Tyagi a popular member of the industry.

“There are enough rules and regulations which every member of the industry supposed to know when he joins industry in any capacity. The systems and procedures are old in nature needs rectifications,” said Ameet Mehta Legal advisor to Association of Film workers.

“New rules and regulations have already brought down to practice in every shooting, production and where post production is taking place. The industry has just opened  and every one moving according to new normal. We have immediately adopted and adapted the norms of pandemic also. Large funds have been collected from good people and distributed to the most needed people of the industry. We are busy and over cautious about the current situation,” said B.N.Tiwari President of FWICE- Federation of Western India Cine Employees while answering many questions.

Mon Dec 7 , 2020
Noida: “I try to push ideas away and the ones that will not leave me are the ones that ultimately end up happening, and one of those is the announcement of ICMEI International Award for Excellence in Cinema during 13th Global Film Festival Noida 2020.  Now we have constituted this new […] 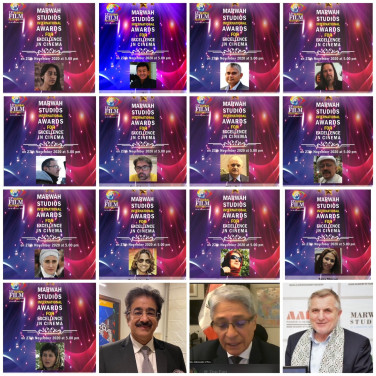