New Delhi: â€œThe country has lost a veteran music director who has contributed a lot to the World of Music. His participation with audience cannot be expressed in words. I had many opportunity to be guest with Ravindra Jain in last so many yearsâ€ said L. K. Advani the former Deputy Prime Minister of India and BJP Senior leader at the condolence meet organized by the family and music lovers of Delhi.

The most respected, son of India and the glow of Indian music is no more. The death of Ravindra Jain is not only loss to the music industry but to Indian film Industry as a whole. His contribution to music will last for centuries. The country is sad on his departure from this world,â€ said Sandeep Marwah extended his heart-felt condolences to the family.

Ravindra Jain was honored with large number of awards including film fare and Padmashree Award. More than 200 hundred films and television serials he has composed music with. He had given opportunity to large number of singers and worked with practically every film producer of the country.

Thu Jan 14 , 2016
Cochin: The management of All Light India International Film Festival nominated renowned media personality Sandeep Marwah as the adviser to the festival informed Laxhmi Atul on her visit to New Delhi. Sandeep Marwah is one of the most popular India media person associated with films, television and media for 30 […] 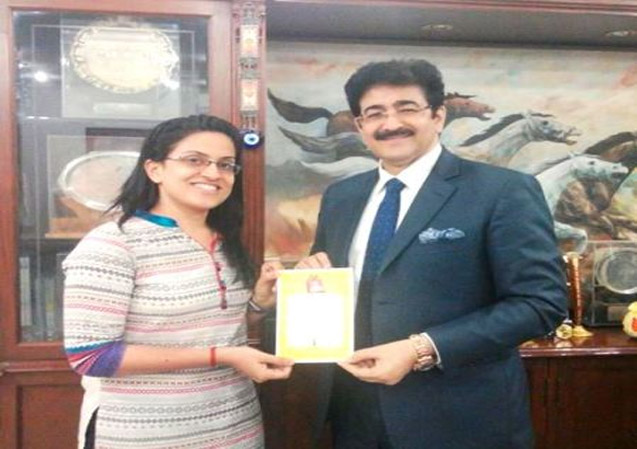