Noida: The presence of delegates at 2nd Global Literary Festival from all over India and abroad was the right occasion to remember the great scholar and a writer Ram Manohar Lohia.

â€œRam Manohar Lohia was the activist for the Indian Independent movement and a nationalist political leader. The Caste System, Foreign Policy, Fragments of World Mind, Fundamentals of a World Mind, Guilty Men of Indiaâ€™s Partition, India, China, and Northern Frontiers, Interval During Politics, Marx, Gandhi and Socialism are some of the renowned papers he wrote in English,â€ said Sandeep Marwah President of the festival.

The event was supported by Shakespeare Society, Radio Noida 107.4FM, MSTV.Co.In, Country And Politics News Paper, Marwah Films And Video Productions along with International Chamber of Media And Entertainment Industry.

Sat Oct 1 , 2016
Noida: The third and the final day of 2nd Global Literary festival, the delegates from all over India and abroad had quite an expectations from the organizers i.e. Asian Academy of Arts and International Chamber of Media And Entertainment Industry, when it comes to entertainment program. A great energetic and […] 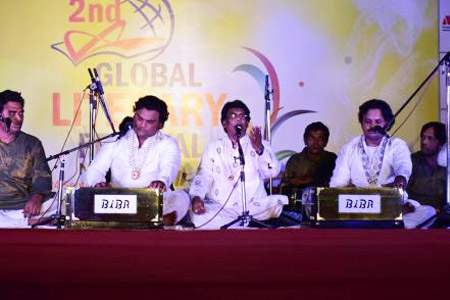