Pune: Pune is the ninth-most populous city in India and the second largest in the state of Maharashtra after Mumbai said Sandeep Marwah Managing Director of NFTC- National Federation of Tourism And Transport Cooperatives of India Limited during his visit recently.

Queen of the Deccan, Oxford of the East, Pune is considered the cultural capital of Maharashtra. It epitomizes Marathi culture, which lays emphasis on education, arts and crafts, music, and theatre. Pune has emerged as a centre of modern architecture in India, with prize-winning buildings. Pune culture reflects a blend of traditions with modernity, along with hosting classical shows.

The growth of the city into a popular industrial town and fancy residential colonies brought the city to a better platform. Many cities in India can follow Pune added Marwah

Sat Jan 9 , 2016
Shirdhi: â€œone of the most popular religious places in India- Shirdhi- with almost 30000 visitors every day needs more attentionâ€ said Sandeep Marwah Managing Director of NFTC-National Federation of Tourism And Transport Cooperatives of India Limited during his visit to Shirdhi Darshan. The authorities and temple itself collecting huge amount […] 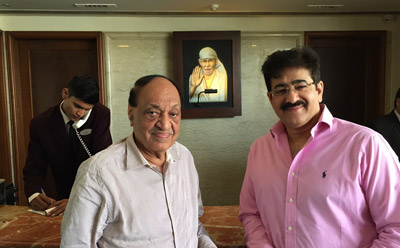