Prime Minister of Tibet H.E. Dr. Lobsang Sangay handed over an International award to H.E. Sandeep Marwah for his contribution to the World Peace, Universal Brotherhood and Media World and his Abiding Support to the Global Cooperative Movement.

â€œSandeep Marwah is a friend of Tibet and we must honor him for his support to Tibetâ€ said Dr. Lobsang Sangay Prime Minister of Tibet inaugurating the Global Tibetan Entrepreneurship Conference. He has assured the Tibetan business community of assistance and cooperation from his administration in their ventures. â€œI am aware that it is the duty of the administration to facilitate business community, and we will make sure that all possible assistance is provided in carrying out various ventures,â€ added Dr. Sangay.

Tashi Wengdu CEO Federation of Tibetan Cooperatives in India Limited paid vote of thanks and also accepted the 55 scholarship declared by Marwah for Tibetan students.

Wed Jan 6 , 2016
Mundgod 29th December, 2014: More than 50 film, television, media and social organization this man is handling with the membership of almost two million people his vision and mission is no away from any missionary as all organizations fall into the sea of love, peace and unityâ€ said Tashi Wengdu […] 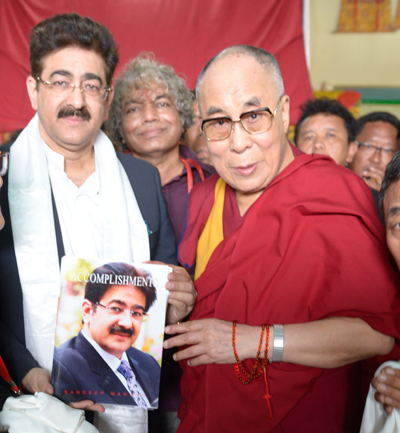