“Mime is one of the technics of acting and is a performing art- mime is a non verbal performance telling story without words with deep expressions and gestures,” explained Dr. Sandeep Marwah President of AAFT welcoming all the artists.

The chapter started with Irshad and Isha Indian mime and theatre artists who inact the habits of Indians in the most simple way. It was followed by Nemo who has already Published books include: NEMO, “Fun with Pantomime” (in German), published by Verlag Meyer & Meyer, Aachen.

Nemo has performed in more than 38 countries, attended all the festivals related to pantomime, conducted more than 100 TV performances and large numbers of seminars and workshops.

”Mime Art is the only Language which is understood all over the World, by all the people of all the ages, culture and nations,” said Nemo.

The students were amazed to see the performance and were induced to ask questions. Late all the dignities were honored with the life membership of International Film And Television Club of AAFT.

Bosnian Film Festival Attracted People From All Over India at AAFT

Sat Mar 30 , 2019
Noida: Three day Bosnian Festival of Cinema brought many film lovers, filmgoers, film professional and film students from all over India to AAFT at Noida film city to be the part of this international event. The first ever festival of Bosnian films was appreciated for the grand opening and closing […] 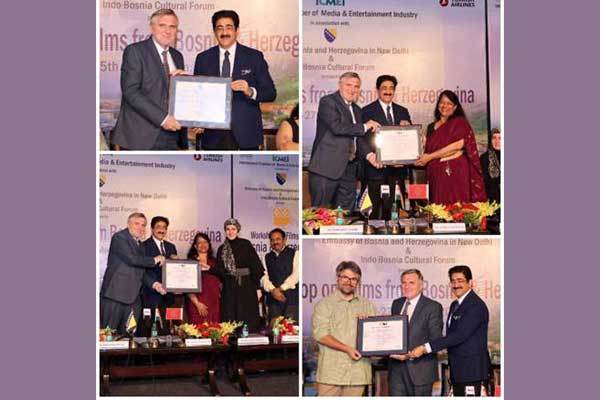