Noida: The city magistrate of NOIDA City Shailendra Kumar Mishraappreciated the working style of the most popular film school of the country- AAFT- Asian Academy of Film And Television based in Marwah Studios, Film city Noida.

“This is my first visit to Asian Academy of Film And Television. I am impressed by the facilities being provided to the students who come here to learn film and television trade. This is one of the oldest skill development center in Noida,” said S.K.Mishra.

Mon Jun 24 , 2019
Noida: A well-known international peace making organization- World Peace Development And Research Foundation of Marwah Studios nominated Amarjit Singh Chawla   as Peace Ambassador to spread the word of love, peace and unity through art and culture. “I hereby nominate Amarjit Ji as the   Ambassador of Peace who has decided to […] 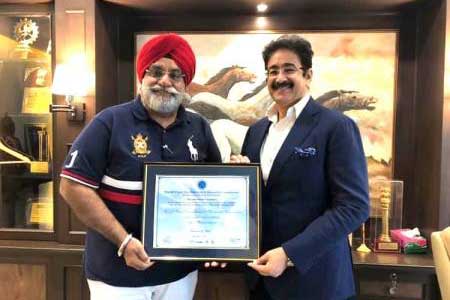