Cyprus: The Managing Director of National Federation of Tourism And Transport Cooperatives of India Limited Sandeep Marwah on the invitation of Ministry of Tourism, Government of Cyprus visited Paphos in Cyprus.

“It is a wonderful opportunity to know Cyprus in and out. The city of Paphos is a beautiful town with lots of family values. Visit to Pafos Mosaics and Medieval Fort, Five Star Hotels like Elysium and lunch at Sea cruise adds to the experience,” said Sandeep Marwah MD of NFTC while talking to the press at Aliathon Holiday Village Hotel at Paphos City.

Paphos, the capital of western Cyprus, has some serious historical clout. Site of the vast fourth-century BC Tombs of the Kings, set high on a cliff above the sparkling sea, as well as a dramatic Byzantine castle and fine mosaics, it’s also known as the birthplace of the goddess Aphrodite. The population of 27,000 is swelled by a summer influx of beach-bound English, German and Scandinavian visitors. A beautiful old harbor awaits, while modern hotels and restaurants stretch along the promenade.

“A visit to Cyprus will be recommended to the students of Asian Institute of Hospitality and Tourism in the coming weeks,” added Marwah. The High Commissioner of the Republic of Cyprus to India H.E. Demetrios A. Theophylactou also accompanied Sandeep Marwah.

Mon Mar 26 , 2018
Cyprus: The renowned media personality Sandeep Marwah President of International Chamber of Media And Entertainment Industry was invited by the Government of Cyprus for a five-day trip to the Republic of Cyprus. “Colorful people, cooperative nature, availability of picturesque locations and untouched sites I am sure Indian film makers would […] 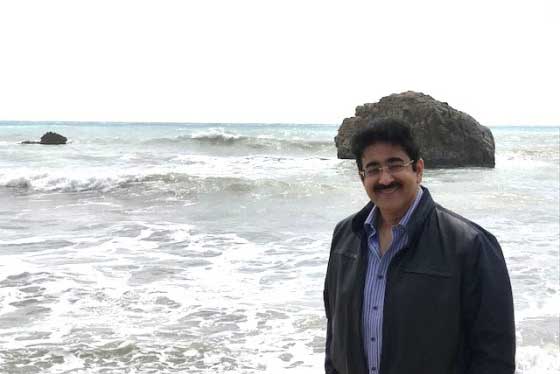