Noida- June 2019: Indo Slovenia Film And Cultural Forum of International Chamber of Media And Entertainment Industry in association with AAFT University of Media And Arts celebrated the National Day of Slovenia at Marwah Studios.

“I extend my heartiest congratulations to H.E. Jožef Drofenik Ambassador of Slovenia to India and the people of Slovenia on the National Day. Mat this day bring lots of energy and power to built better relations Between the two countries,” said Dr. Sandeep Marwah Chair for Indo Slovenia Cultural Forum.

ICMEI is planning to take a delegation to Slovenia soon to study the prospects of filming in Slovenia. Also a film festival of Slovenian films has been planned. A poster was launched by Dr. Marwah mark respect to this auspicious day. Many media professionals and film students attended the event. New committees on Slovenia have been formed in the school of cinema, school of journalism and school of fashion and design in AAFT.

Mon Jul 1 , 2019
Kasauli: The Managing Director of National Federation of Tourism And Transport Cooperatives of India Limited Dr. Sandeep Marwah visited Kasauli in Himachal Pradesh to see for himself what more changes can be brought to have a better tourism. Kasauli is a cantonment and town, located in Solan district in the […] 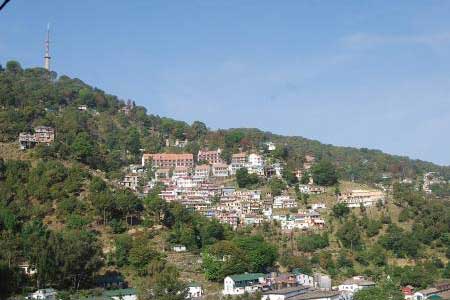