Noida: “I on my behalf and on behalf of media and entertainment Industry of India extend heartiest congratulations to the people of Kuwait on the national day which falls on 25th February,” said Dr. Sandeep Marwah President of Marwah Studios.

“India and Kuwait have wonderful relations from last so many years. Still the country has to create a better platform in India as far as art and culture is concerned. ICMEI putting its best to do the needful,” added Dr. Sandeep Marwah President of International Chamber of Media And Entertainment Industry.

Mon Mar 25 , 2019
Leicester: An event to promote and high light the food industry of the County Council of Leicestershire, an annual program of Curry Awards has planned by Romail Gulzar of Pukaar News in association with BBC at their radio station at Leicester. “We are lucky that we have with us a […] 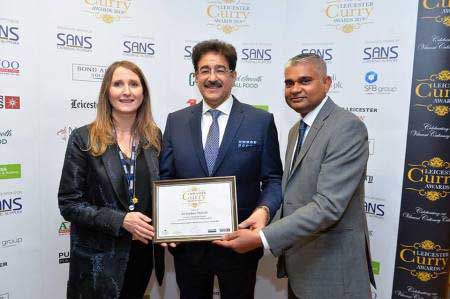