“We have extra ordinary relations with the Kingdom of Belgium and we wish to promote to a new level through trade, business, art and culture,” Marwah added also chair for Indo Belgium Film And Cultural Forum.

Dr. Marwah recollected from memory of his first visit to Belgium in 1980 when he sailed English Channel and reach at Belgium port at Oostende from Dover UK from where he took the train to Brussels the capital of Belgium.

The second visit was in 1983 to Brussels again and then next when he was invited as the international jury and honored with award at 26th Mons International Film Festival in 2010.

Jos De Clercq of Trade and Investments (Flanders) and First Secretary Embassy of Belgium in India came and revived the relations in 2013. Then it was the visit of H.E. Pierre Vaesen Ambassador of Belgium to India on the inauguration of 10th Batch of Asian School of Media Studios at Marwah Studios.

27 Years of AAFT Celebrated in Pandemic on 22nd July

Fri Jul 24 , 2020
New Delhi: “We have not lost the spirits and enthusiasm because of the pandemic Corona Virus. The eagerness and anxiousness have grown in all these four months of lockdowns and social distancing as to what new we can present from AAFT to the world of education. We have upgraded our […] 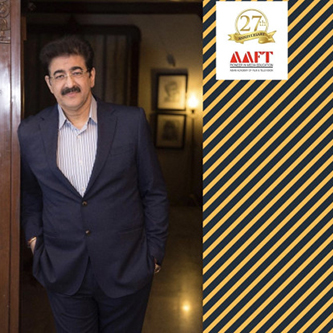