â€œMumbai is the financial, commercial and entertainment capital of India. It is also one of the worldâ€™s top ten centers of commerce in terms of global financial flow, generating 6.16% of Indiaâ€™s GDP and accounting for 25% of industrial output, 70% of maritime trade in India and 70% of capital transactions to Indiaâ€™s economy,â€ said Sandeep Marwah Managing Director of National Federation of tourism and Transport Cooperatives of India Limited.

NFTC makes its regular trips to Mumbai to keep liaison between the entertainment industry and industrial group.

Wed Mar 15 , 2017
New Delhi: A group of working women and women entrepreneurs organized a well-carved exhibition of their products under the leadership of Anju Handa under the banner Pop Up Party inaugurated by Sandeep Marwah President of Marwah Studios at Taj Vivanta at New Delhi. More than 30 enterprises manufacturing and dealing […] 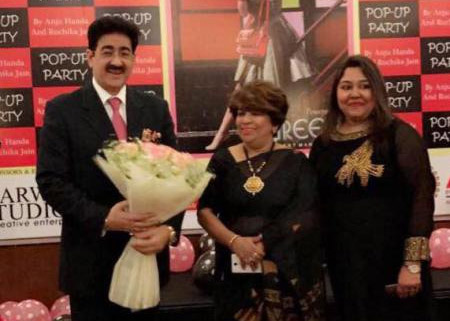