“I am lucky to portrait Col. Sehgal In the story who is a very important part of Indian history. This film has taught me the difficulties our seniors have gone through in bringing independence to this country. I salute all Indian forces for supporting this film,” said Mohit Marwah.

Mon Jan 1 , 2018
New Delhi: New Delhi: A well-known Cinematographer and President of Indian Cinematographers Society Addep Tondon was honored with the most prestigious National award for Hindi cinema- Hindi Cinema Sevi Samman for his selfless services to the industry on the 3rd day of 10th Global Film Festival at Vigyan Bhawan. The […] 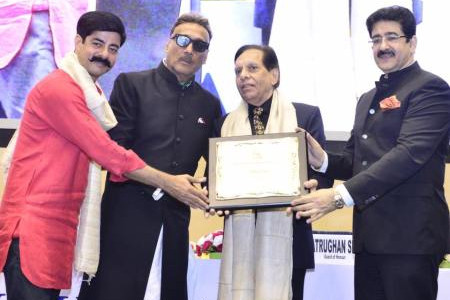