Noida: â€œ Social Media has crossed all the traditional mediums like print, radio, television and cinema. It is easy to operate, has a large reach and it is cost effective. There are case studies where social media has not only uplifted the brand but helped in boosting sales to new heights,â€ said Sandeep Marwah President Marwah Studio in the capacity of Chairman of the Seminar on Social Media.

A Powerful seminar on the â€˜Social Media as part of â€˜promoting Entrepreneurshipâ€™ was organized by NIESBUD a strong part of Skill Development Ministry, Government of India at Noida where more than twenty-five countries were participating as a part of their skill development program.

Later Sandeep Marwah was honored by Dr. Rishi Raj Singh Director of NIESBUD, Ministry of Skill Development Government of India for his untiring contribution in skill development from last 22 years in the field of film, television and media

Wed Jan 13 , 2016
New Delhi: â€œI congratulate all the participants of this 6th edition of Marathon for their enthusiasm and love for sportsâ€ said Sandeep Marwah President of Marwah Studio in the capacity of Chief Guest at Nehru Stadium speaking to more than 500 people from different strata of life. â€œSport has be […] 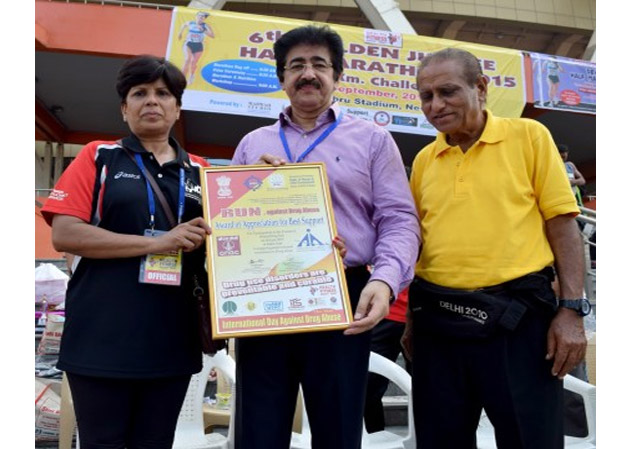